From Gentle to Elemental

Gyrating Giantess; Taking Over the World 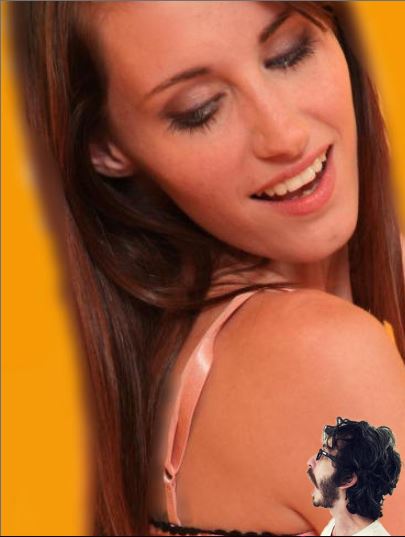 When I first discovered this strange world within the seemingly melted mirror I thought I must have certainly been going mad. When the glass gave way under my fingertips in gauzy puddles I nearly passed out with the unfathomable depth of it all. However, upon crossing over to the other side, propelled as if some invisible force that drew me  into an intoxicating delicious dimension, my fear also evaporated away. It felt like a casual, natural transition like crossing from indoors to outside, or merely from one room to another.

When I entered fully through the rippled reflection I thought I was alone in the lovely landscape. Picturesque as it was, quiet and serene nothing to ruffle my tranquility as far as my eye could see.

To my amusement more than what could even be considered as amazement since nothing seemed out of the ordinary now, I became aware of little rat-like entities beneath my feet.

They seemed to be emitting a high-pitched squeak. I couldn’t help but laugh and as my chest undulated with delight. The little vermin reverberated and bounced in rhythm to the beat of my peals of laughter.

On closer inspection, it seemed as though these little critters were in fact humans!

At first I felt the instinctual need to be ever so cautious and careful so as not to step upon and crush any of them. They however seemed exceedingly hostile and feisty as they attempted to swipe at my skin with closed fists and whip-like legs. Of course this was a mere tickle to me. I was more entertained than angered at first. After all how could one get mad at a mere kitten for playing acting at being fierce?

They were so indignant and comical like little chipmunks.

The rest of my time spent in this magical land is a bit of a blur.

I knew I MUST get back in time for work the next day… much to my chagrin.

I distractedly put up my hair in a conservative French twist, donned my hosiery and pencil skirt, a crisp button-up blouse and navy blue suit coat.  My perspective seemed a bit skewed after my foray in that fantasy universe. I decide to wear my highest heels to amp up my petite 5’2’’ frame in remembrance of my magnitude.  Although of course, a few extra inches of altitude could not compete with my super-sized self on the other side of the looking glass.

I had a well-paying career on Wall Street but it’s still very much a boy’s club where being a female is seen as essentially synonymous with being flawed. We working gals were eyed with a combination of suspicion and piteous curiosity –as if we were zoo animals out of their natural habitat of domestic bliss and only kept around for entertainment and eye candy. What a dreadfully antiquated atmosphere! With playful little pats to our backsides, we were dismissed as oddities not to be taken too seriously.

After yet another grueling day of feeling beaten down by my workload, I am in desperate need to galvanize my spirits. So as soon as I return to my magic mirror, I slip into the swirl where my reflection reveals my true self, a woman of uncompromising power and exceptional size. While I use to be convinced that the Lilliputians of this realm were the diminutive ones, I am coming to realize, they are of normal sized and it is but I that am elemental in my gale-like gigantic force. After all, this feels more real than any other reality I ever knew.

Question of the Day:

Do you like Giantess role-plays? If yes, why do you think the Giantess Mistress Fantasy is best when SEXY IS SUPER-SIZED?